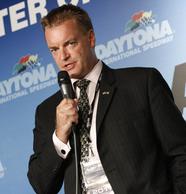 Bob Schacht has more than 40 years of experience in the motorsports industry. He is a respected veteran with the capabilities of a team leader and innovator. Bob’s reputation as a crew chief is well established and he is well known for his race savvy and knowledge. Under his direction, Bob Schacht Motorsports (BSM) has experienced success in all of the highest levels of motorsport competition including the ARCA RE/MAX Series, the NASCAR Craftsman Truck Series, the NASCAR Nationwide Series and the NASCAR Sprint Cup Series. As a team owner, Bob has developed a world class organization and BSM prides itself on producing the competitive equipment necessary to ensure a successful motorsports program for all of its partners.  Always an innovator, Bob has built 40 race cars for the Prince of Dubai to run in the Speed Car Series in the Middle East. He designed a suit cooler widely used among various series as well as having played a major role in the design and construction of the race cars used in the blockbuster movie “Days of Thunder”, starring Tom Cruise and Nicole Kidman.  All of our races are prepared and housed in a 20,000 square foot facility which is where the transporter and race support equipment is also securely stored.

President and Head of Racing Operations for Diversity Motorsports, LLC 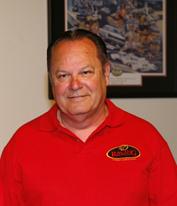 Adrian Sinden is also currently President of Principio Capitol. Principio Capital is a "first round" and "seed take-out" Investment Company aimed at assisting entrepreneurs and investors in making the right choices on business allegiances and financing packages.
With 30 years international investment banking experience coupled with prior professional driving and motorsports management experience through his UK Company: Invicta Motorsports, Adrian ensures that the necessary precautions are taken by our clients at the outset of their respective opportunity, and through continual advice and milestone monitoring keeps all of our financial partners on track and on schedule. Besides his family, Adrian’s interests include flying and as he puts it; “pretty much any vehicle with an engine!"